Why Does My Dog Chase Cars 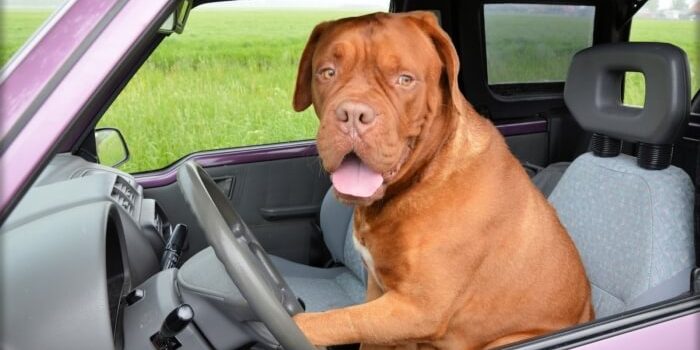 So why does my dog chase cars?

Simply put, car chasing is a natural behavior for a dog. A dog’s natural instinct is to chase anything that moves, be it a SQUIRREL, bunny, chipmunk, bicyclist or often a jogger. With that said it doesn’t mean that car chasing should be allowed to happen, nor become a bad habit you’ll have to break. Car chasing can be is born out of playfulness and leads to protecting property by chasing away an intruder; especially if you condone or encourage it.

Car chasing becomes a problem with people in your neighborhood. From your neighbors to the mailman, UPS or Fedex delivery driver. Your dog will soon anticipate their arrival and lay in wait for them, chasing them off of the premises, this is a guarding instinct and one that they come to enjoy. But, not only does dog car chasing put the dog at risk, but it also puts the neighbor, cyclist or delivery drivers at risk.

A car chasing dog will also chase motorcycles, mopeds, kids on skateboards, people on skates and joggers. It really is no joke to be chased by a dog, it’s downright scary! Many owners think that their dog’s car chasing habit is amusing and may joke about it. But think otherwise when their dog is injured/killed, or worse if a child or adult is hurt because of this car chasing habit.

If your dog has the car chasing habit, they should never be allowed to run loose. Never give an untrained dog the opportunity to chase cars.

Training to help you cure your dog of car chasing

Start at home with your dog on a lead. Throw toys for him, and immediately command him to “leave” or call him to you, if he does not respond you can enforce your command with a firm tug on the lead. Practice this until he responds, as he should. Offer a small dog treat (a reward) every time that he responds quickly to the command.

If you can, get your child, spouse, partner or friend to run, cycle or drive past. Practice all if possible, but most particularly the one he is already “ bad” with. And practice the same technique until your dog responds immediately, again giving a reward for the right behavior.