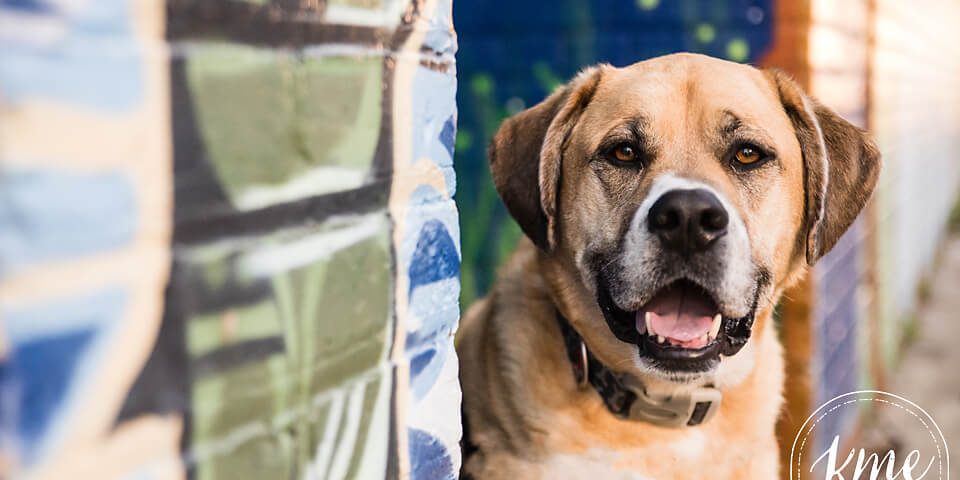 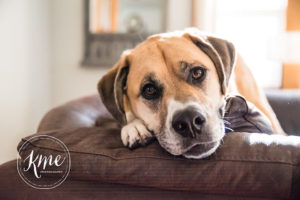 Say hello to Desmond the May 2017 Dog of the Month at DDG. He is one handsome fellow and has an amazing personality to go with those looks. As well, he’s the only dog we know who ate a whole pound of cooked bacon, but was nice enough to leave his owner one slice….

Let’s Find out More About Desmond!

Dogs Name: His name is Desmond J Mayer
Age:  Desmond is 4 and a half years old.
What is his breed? He is a Boxer and Great Pyrenees mix
Do you have any nicknames for him?  As a pup it was “The Des-maniac”. Thankfully now its mostly just Des, Desi, etc. My parents also jokingly started calling him “The Prince” once he calmed down. That name has stuck as well.
How did you get his name? The foster family named him. The mom was a huge Beatles fan. He and his sister Molly, were named from the song lyrics in Ob-La-Di, Ob-La-Da.  I thought the name suited him and the lyrics were fitting (“life goes on”), as my beloved 13 year old Samoyed had very recently passed away.

We sure do miss that big white Taz too! He loved to talk, that’s for sure. Des had some big shoes to fill.

What is the most expensive item he has destroyed?  Despite being bonkers as a puppy, he didn’t do major damage thanks to twice a week playing hard at daycare and burning off energy. He did manage to still sneak an occasional sock or shoe. 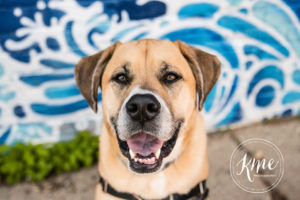 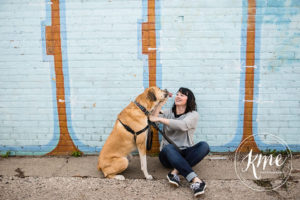 A huge thank you as always to the amazing KME photography for our monthly Dog of the Month photos.