You are here:
Reviews 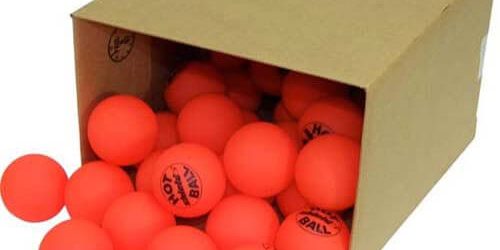 A little Dog Day Getaway secret… have you ever seen those orange hockey balls? You know the orange balls used for street hockey, that seem to never get lost and never break? Realizing this is hockey country, we’ve all seen these orange balls zipping across the streets and smacking into driveway nets.

You’ve probably realized that expensive dog toys don’t actually last as long as promised. As well, the dog toy manufacture who exclaims that their “INDESTRUCTIBLE” dog toy has probably never put their toy to the test with a real good chewer.

Given how much some dogs love to fetch and of course, chew, these street hockey balls fit the bill in terms of cost and length of use. Because essentially that’s what it comes down to – how long this toy will last. And if you have a couple of dogs at home who love to play tug of war with their toys, you’ll understand that these dog toys will last for months. At least they do in our home. 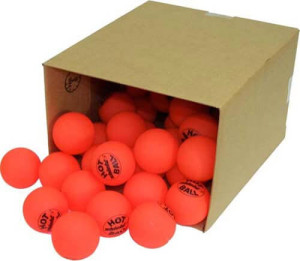 But, in our opinion, these orange hockey balls make the best dog toy and here’s why:

Orange Hockey Balls as Dog Toys: Which ones?

We’ve only had to try two types of hockey balls to know which to buy. We go with the low-bounce hockey ball as its more softer to catch with. As well, they aren’t hard as a rock. You don’t want your dog to try and catch a ball that hard.